Welcome to Our Campus

With programs in Bible, music, and education, Foundations Bible College and Theological Seminary seeks to prepare its students to live in their generation with a life built on Christ, marked with Christian character, and expressed in biblical culture. Take time to explore our site to learn more about the church, school, and ministries of Foundations.

Veritas Supra Omnis
“Truth Above All”

The Change of Our Worldview: The End-Time Winds Moving Upon the Great Sea

Since the fall of man, there has been an ever-mutating and growing system in the inhabited world. Over these thousands of years, this system has been intriguingly empowered by the Devil, hoping mankind would join him to overthrow God and His plan for the earth. This growing system has aggressively expressed its philosophical twist and mood seeking to control the world of humanity in each generation. Each generation’s emerging philosophy became its dominating worldview; this worldview was the encompassing contemporary thinking of that generation or age.

From Our Sermon Audio Library 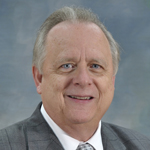 How Do I Love My Lord?