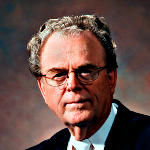 The Purpose of Parents

An exhortation to parents to prepare their children to leave them and to allow God to work in their lives.

“There are certain principles in the Bible that it wouldn`t make any difference what kind of a dispensation you would ever talk about, what type of condition of the planet, it`s still the truth. It’s the truth at the time of Creation...and it is true to the end of the Millennium, and I believe even in the Eternal Golden Age...there will still be marriages and family....I know of no law like this law in the Bible. I know of no law that changes in any way less than this law. The entire planet earth is tied up with this law.”

“There is something incomplete in any person that does not maturate and achieve the husband-father relationship on this planet....It is only in the rare rule that barrenness or the eunuch has a place on this earth.”

“I should say to every boy or girl, I hope that you will fulfill the biblical privilege and responsibility of becoming a husband and a father and a wife and a mother. I should say that to all teenagers. I hope that you will do that. I want you to know that`s a primary hope for me. It`s not my primary hope that you remain unmarried. It`s not my primary belief in legalism to believe that`s a better life. It is my primary hope under the teaching of grace and providence that you will marry, and you will have a family and an unending genealogy. This is the great purpose of my life is to be brought through my infancy and childhood, not to the maturation of just getting married, but to the maturation, maturity, and the perfection of my offspring.”

“Do not come up with some type of weird thing—God wants me to be an old maid or a bachelor to His glory—unless you know what you are talking about. Do not come up on that by an opinion. Come up on that by absolute constraint of Scripture. It`s sometimes those two categories have been because a person never reached maturity, and it`s not always they took that position by calling. It is the fulfillment of every person on this planet. We even have hippies in our time that have grown older having babies between forty-five and fifty because of what they missed. A career woman documented recently, thirty-nine years old and holding she said...but at thirty-nine she longed for a baby from a man. It took her thirty-nine years to realize a biblical providence, and she couldn`t have one, by the way.”

“The best way to leave home is leave your father and mother for a wife.”

“If God leads you to never marry, you better have a good reason, and you had better demonstrate that reason in the power of a great life because it doesn`t mean you can cop out of one responsibility. It means in prayer and service you are going to have to prove why you never married. That is one of the great functions of widows in the body of Christ, is to wash the saints` feet, to wash, to take care of their family and children in other places.”

“Some parents train their children to be the way they are. They train them to be barren. They train them to stay at home. They train them to sin in their tree like they did—the family tree. They didn`t give an example of the relationship of a man as the head of the home loving his wife, and the wife didn`t give an example of loving her husband and being in submission, so the child suffers from the blight of that error. And daughters and sons begin to perpetuate family sins that hurt the next generation. If your father was very hard on your mother and the family and abused them, don`t let that keep you from getting married as the only horizontal reason. Get in touch with God. Find out the will of God. It may be He wants you to marry and show the world a good father.”

“Something takes hold in a parent when a child gets to be twenty, ‘Don`t leave me. Don`t leave me. Don`t leave me....That`s unnatural. It is sentimental. It is nice. It is pretty. It looks like love, but it`s unreasonable. It`s unnatural. It`s unbiblical. If a child is late to everything in life and gets to the marriage altar and hasn`t learned this, he needs to back up and say, ‘I`ll see you later honey,’ because the Bible says you must forsake your father and mother. If you do not like that, you are immature. If you do not understand it, you need to pray.”

“The purpose of parents is to look for everything that God ever intended for you in the fruition of your children. There`s some parents who`ll never see the blessings of God upon their children because they will not let their children go. It is something to forsake your mother and father, and it`s something for parents to let them forsake them.”

“I believe that one of the reasons why churches have split is because there gets family power in the church. You know what family power is? Sons and daughters of a family that have been in a church many years who never released their children to be responsible between themselves and God, and they tell their children what to vote for. They just privately tell them what to vote, how to do it in the church, and it accrues power. It would happen to the best family in the world if the family members were not all honest before God in everything.”

“One day you and I must allow ourselves to be forsaken, so that we can see what is in that child. If you do not allow that to come out, you will be a fool until you die. So the end of the purpose of a parent is the releasing of my children to an age, having done all I could to prepare him, and say, ‘Son, go after it. Do it well. Keep the principles. Don`t come back and ask me. You live your life. You have your own character. You have your own decisions.’”

“I believe this sermon is costly, but it could be twenty-five years from now it will be precious. Parents, I wrote this three weeks ago while I was away. Parents grow up well, but do not grow old well. They tend to lapse back into sentimentality as they reluctantly release their children to a much needed ministry of their own lives.”

“Be on the lookout that you will live long enough to see it come out in them what you long for. Hands off. Leave it alone. Let God and their will go where it will.”

“When they get married, don`t try to cram it down their throats. You`re grandparents. They`ve forsaken, but they`ll come. They may inquire. But you children, get ready. Read the Bible on your own. Pray on your own. Get ready. Get ready to leave your house. Get ready. Leave it.”