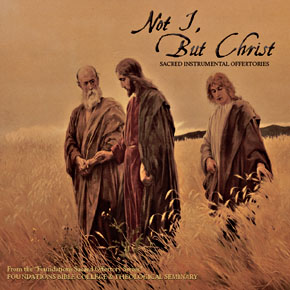 One of the sad realities of our day is that men make professions of being born again and then refuse to leave their paths of living to follow where Christ seeks to lead them. On several occasions in the Gospels, the Lord called individuals saying, “Follow me” (Matthew 8:22; 9:9; Mark 2:14; Luke 5:27; 9:23). A variety of responses are recorded. Jesus told the rich, young ruler to sell all that he had, give it to the poor, and then “come and follow me” (Matthew 19:21). However, the young man’s possessions meant more to him than Christ. With confident boasting, others claimed they would follow Him, but instead, gave excuses for delay (Luke 9:57-62). In contrast, there were those who straightway left whatever they were doing and immediately followed Him. The glory of His presence and Word captivated their lives and brought their hearts to a clear resolution to follow Him (Matthew 4:20, 22; 9:27; Mark 1:18; 2:14).

Today, so many professing Christians are endeavoring to mix this command of Christ with their own independent, carnal desires to do “their own thing.” They inwardly proclaim, “Not Christ, But I.” It is rare now to find one who will truly forsake all to follow the Lord, even to the ends of the earth. Christ’s first two disciples, Andrew and John, began to follow Him after John the Baptist declared, “Behold, the Lamb of God.” Likewise, we must behold the Lamb of God in all His glory and then be willing to follow Him to the end of our days. Our hearts must ever be proclaiming, “Not I, But Christ.”

The cover art for this Foundations recording is from a print in the Anvil House art collection by Johann R. Wehle. The work portrays the disciples following Christ through a wheat field. According to Scripture, the field is the world; the wheat represents the saints. Late into the End time, we are called to follow Christ among the wheat, to listen to His every Word, and to anticipate His final call to “follow” Him to the skies in a Rapture to our eternal heavenly home.

“And they followed Him”
“Where I am, there ye may be also.”

to hear an audio clip.